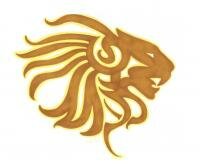 “She’s asleep?” Malcolm inwardly winced at the disappointed inflection in his voice. Camille certainly deserved to rest after such a big evening, but he had a few hopes about what would happened once they got home. His earlier weariness was forgotten to the promise of them being together, in bed…finally.

Carrick decided that they should spend the night at that Caudwell Enterprises penthouse. Perhaps one of the best kept secrets in the world was that the CEO of Caudwell Industries lived on the top floor of his flagship building, “The C” as most New Yorkers called the iconic building, identified by the over thirty foot “C” in front. Mal could only assume that most people knew Carr lived in some expensive piece of real estate on Park Avenue. Little did they know that he and Carr just hopped on the private elevator and pressed “up” to go home after a hard day at the office. Carr’s dogged attention to their privacy had allowed them to have a few place where they could be totally comfortable and at ease.

A light smile teased his lips as he remembered Camille’s reaction.  Yeah, she tried to play if off like it wasn’t a new experience being whisked from the underground garage of an office building to the private penthouse at its pinnacle. But she could barely hold up her chin when the door opened to their home.  It was pretty spectacular and her reaction only reminded him that he was one of the luckiest men alive to live there with the man he loved.

Now, Mal smiled and leaned back against the sofa contentedly as he watched Camille, huddled into Carrick’s side, as his lover sat on the couch reading over some documents. Malcolm couldn’t help but become mesmerized as he watched Carrick’s fingers slowly run across Camille’s scalp and thread themselves through the tendrils of her hair. It seemed in Mal’s absence Camille and Carrick had developed some nighttime rituals, evidenced by the warm milk that Carr heated as soon as they entered the penthouse which Camille accepted without argument. Almost automatically she curled up next to Carrick on the couch and sipped the soothing white liquid, letting his and Carrick’s business conversation flow over her.  After a few sips and minutes, she barely could keep her eyes open.

Watching them together, Mal also felt a small tinge of jealousy.  In his weeks away, they had developed something that did not include him.

That’s what you wanted, right?